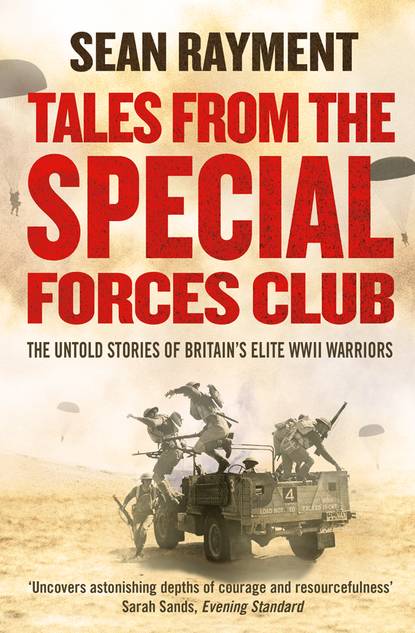 There are just a handful of men and women alive today who served and f...

There are just a handful of men and women alive today who served and fought with the Special Forces during the Second World War. They are a dwindling bunch of veterans in their twilight years whose tales of heroism and daring-do will soon be lost in time forever – yet they still regularly get together in a gentleman’s club, right in the heart of London – The Special Forces Club.In ten separate and astonishing accounts of ingenuity and heroism, the Sunday Telegraph defence correspondent Sean Rayment visits this unique group of people, and through their vivid memories, transports the reader back in time to the dark days of the Second World War when Britain was again fighting on multiple fronts across the globe.These incredibly heroic tales are taken from men such as Captain John Campbell, MC and Bar and the last surviving officer of ‘Popski’s Private Army’, whose triumph over being wrongly labelled a coward led him to serve with distinction and bravery behind Rommel’s lines in North Africa. Balancing the heroism in the field of battle is the story of Noreen Riols, who worked under the legendary Colonel Maurice Buckmaster, helping train operatives in the art of counter-espionage and counter-surveillance, who was used to ‘honey trap’ would-be agents. Then there is Mike Sadler, who served with David Stirling in the LRDG and took part in an SAS attack on a German airfield near el-Alamein in 1942 in which 34 aircraft were destroyed; and Harry Verlander, who served with the legendary Jedburghs, a highly secret element of the Special Operations Executive, and recalls his service during D-Day and subsequent operations in Burma. The book covers all theatres of operations and provides a unique glimpse into why the members of the Special Forces Club are truly exceptional.Time is running out to capture the myriad of epic stories WWII threw up over its five-year period. In their twilight years, the Special Forces Club has decided to reveal its identity at last.

From the cult film from Lionsgate. Imagine simple tales of legend. Whi...

From the cult film from Lionsgate. Imagine simple tales of legend. Which are not tales or legends at all. And far from simple. Imagine no further as Leprechaun issue 2 continues the journey of the last of the Leprechauns. The dark forces have scattered his one true love. Now, new allies emerge that hold keys to his survival.

This guide is a compilation of decades of Special Forces knowledge and...

This guide is a compilation of decades of Special Forces knowledge and experience from the two Special Forces authors. Perfect size handbook for the cargo pocket to help small unit leaders properly plan operations in limited time and under stress. This guide will be timeless with the troops who understand having a pocket size planning guide. 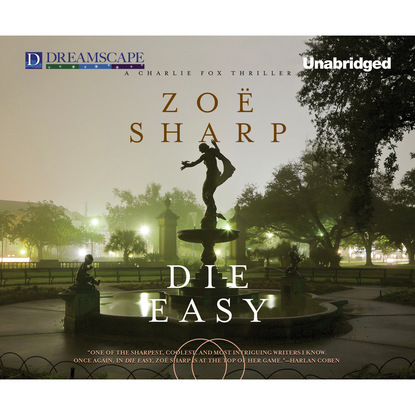 In the sweltering heat of New Orleans, former Special Forces soldier-turned-bodyguard Charlie Fox faces her toughest challenge yet. Her lover, bodyguard Sean Meyer, has woken from a gunshot-induced coma with his memory in tatters. Working with Sean again was never going to be easy for Charlie, but a celebrity fundraising event in aid of still-ravaged areas of New Orleans should have been the ideal opportunity for them both to take things nice and slow. Until, that is, they find themselves thrust into the middle of a war zone. Somebody has a major score to settle, and Sean is part of the reason. Only trouble is, he doesn't remember why. One thing is for certain, though – Charlie is never going to die easy. 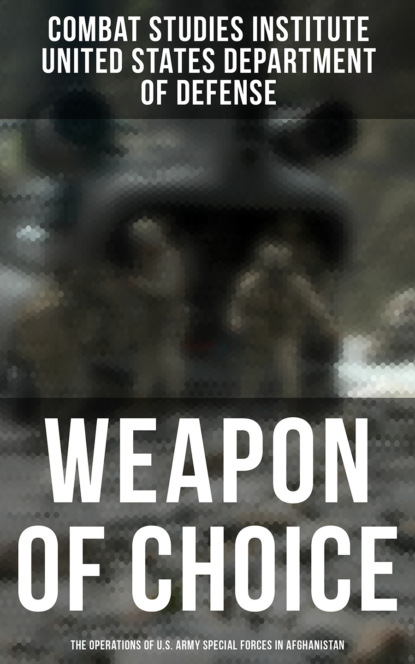 This eBook edition of «Weapon of Choice: The Operations of U.S. Army S...

This eBook edition of «Weapon of Choice: The Operations of U.S. Army Special Forces in Afghanistan» has been formatted to the highest digital standards and adjusted for readability on all devices. "Weapon of Choice" presents a history of the U.S. Army special operations forces in Afghanistan from 11 September 2001 to 15 May 2002, during America's global war on terrorism. The purpose of the book is not to resolve Army special operations doctrinal issues, to clarify or update military definitions, or to be the «definitive» history of the continuing unconventional war in Afghanistan. The purpose is to demonstrate how the war to drive the Taliban from power, help Afghan people, and assist the Afghan Interim Authority (AIA) rebuild the country afterward was successfully accomplished by majors, captains, warrant officers, and sergeants on tactical teams and aircrews at the lowest levels. Contents: Prelude to Terror Awakening the Giant "Subdue Without Fighting" Developing the SOF Campaign Top Draft Choices Committed to Middle East Exercises Civil Affairs to Islamabad, Pakistan Site Coordination With the Uzbeks at Karshi Kanabad Uncorking the Bottled Airlift Toppling the Taliban in Afghanistan, 19 October-7 December 2001 Jumping Into the Dark Showing American Power "Look, We Have to Get the Special Forces Teams Into Afghanistan!" On Horseback With Dostum A «Bump» and Missiles in the Abyss 500 Afghans Can Die, But Not One American Can Be Injured Al-Qaeda Uprising—Qala-i-Jangi The Karzai Way to Kandahar The Campaign in Transition, 8 December 2001-28 February 2002 Old Glory Flies Again in Kabul Taking Down al-Qaeda at the Mir Wais Hospital Politics, War, and Rapport End of Mission—Aerial Resupply in Afghanistan The New War Entering the Valley D-Day ANACONDA From the Viewpoint of Force Multipliers "Good Morrrrning, Afghannnnistan" Driving the Taliban From Power Transition and Combat Operations 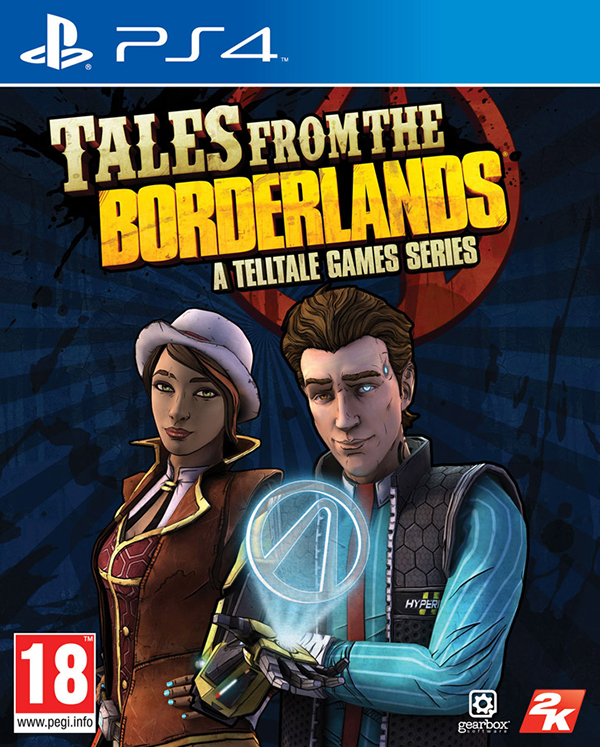 Tales from the Borde...

Tales from the Borderlands – приключенческий сериал от создателей The...

Tales from the Borderlands [PS4] 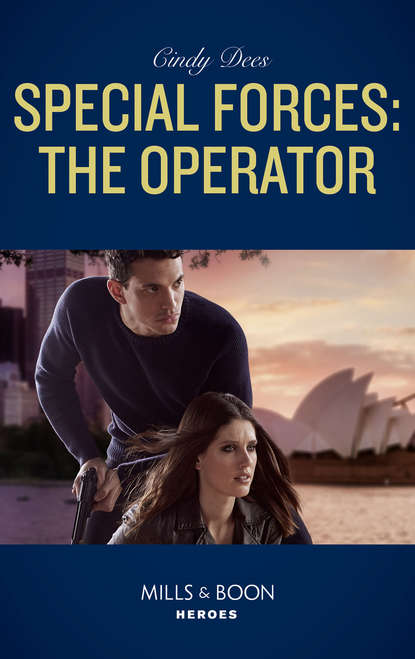 Bound together by duty… Staying together by passion Special Forces Rebel McQueen is prepared for anything…that is, except sexy security specialist Avi Bronson. When Rebel and Avi discover an imminent terrorist attack they must protect thousands of innocent lives. But who will save Rebel from certain heartache if she dares to succumb to Avi…

Classic European fairy tales are familiar to many, but fewer readers a...

Grace James The Moon Maiden and Other Japanese Fairy Tales

Classic European fairy tales are familiar to many, but fewer readers are acquainted with tales from faraway lands. This charming anthology of thirty tales and legends from Japan are as unique and delightfully intriguing today as they were when first published.Author Grace James selected the stories from many sources—the Ko-ji-ki, or Record of Ancient Matters, which contains the mythology of Japan, as well as tales told from memory and handed down from generation to generation. Included in the collection are enjoyable accounts of «The Singing Bird of Heaven,» «The Wind in the Pine Tree,» «The Star Lovers,» «The Peony Lantern,» «The Sea King and the Magic Jewels,» «The Beautiful Dancer of Yedo,» the title piece, and twenty-three other enchanting tales.

"The Suicide Club" is Robert Louis Stevenson's short story cycle that details the investigations of Prince Florizel of Bohemia and his sidekick Colonel Geraldine into a secret society of people intent on losing their lives, the so-called «suicide club». Comprised of the tales «Story of the Young Man with the Cream Tarts», «Story of the Physician and the Saratoga Trunk», and «The Adventure of the Hansom Cab»; «The Suicide Club» follows the Prince and the Colonel as they infiltrate the club, seek to disband it, and ultimately bring the nefarious president of the club to justice. First published in «London Magazine» in 1878, «The Suicide Club» is an exciting series of macabre tales.

Join Bear and his friends for lots of fun in Acorn Wood with this best...

Join Bear and his friends for lots of fun in Acorn Wood with this bestselling story from the Tales from Acorn Wood series by Julia Donaldson and Axel Scheffler, creators of modern classic, The Gruffalo. Bear is writing letters to his friends. Join him as he goes out to deliver them to Squirrel, Mole and Frog, but make sure to be back in time for a special birthday surprise! With sturdy flaps on every spread and rhyming stories that are a joy to read aloud, the Tales From Acorn Wood series has been delighting both parents and toddlers for over fifteen years. Join in the fun with Postman Bear, an interactive preschool story from Julia Donaldson and Axel Scheffler, creators of The Gruffalo, Room on the Broom and Zog.

The captivating Irish stories collected in this new edition include bo...

The captivating Irish stories collected in this new edition include both comic tales such as 'Paddy O'Kelly and the Weasel', and tales of heroes from ancient literature such as 'How Cormac Mac Art went to Faery'. By turns funny, fantastical and mysterious, the stories are matched in liveliness by the original illustrations of John D. Batten. It would be hard to find a better introduction for children to the special magic of Celtic storytelling. The stories in this book are taken from Joseph Jacob's classic two-volume collection Celtic Fairy Tales (1891-2) and More Celtic Fairy Tales (1894).

With sturdy flaps on every spread and rhyming stories that are a joy t...

With sturdy flaps on every spread and rhyming stories that are a joy to read aloud, the Tales From Acorn Wood books have been delighting both parents and toddlers for fifteen years. In Tales From Acorn Wood: Hide-and-Seek Pig and Postman Bear, two of the popular lift-the-flap stories from the creators of The Gruffalo, Julia Donaldson and Axel Scheffler, are together in paperback, with a beautiful foiled cover look. Pig and Hen are playing hide-and-seek. But where on earth could Hen be? Lift the flaps and help Pig find out where she is hiding. Then join Bear as he delivers letters to his friends Frog, Squirrel and Mole - and lift the flaps to see Bear's special birthday surprise!