Verne Jules From the...

Verne Jules From the Earth to the Moon & Around the Moon

Jules Verne (1828-1905) was internationally famous as the author of novels based on 'extraordinary voyages.' His visionary use of new travel technologies inspired his readers to look to the industrial future rather than the remote past for their dreams of adventure. The popularity of his novels led directly to modern science fiction. In From the Earth to the Moon and Around the Moon, Jules Verne turned the ancient fantasy of space flight into a believable technological possibility - an engineering dream for the industrial age. Directly inspired by Verne's story, enthusiasts worked successfully at overcoming the practical difficulties, and within a century, human beings did indeed fly to the Moon. Curiously, however, Verne is unlikely to have thought it possible that a manned projectile could actually be fired out of a giant cannon, rising higher than the Moon, swinging around it, and then landing safely back on Earth. He had used the science of the day to construct a literary conjuring trick, a hoax, one of the most successful in all history. By skilful misdirection he drew the attention of readers away from weaknesses in the project. Read the book and you, too, will be fooled into accepting the realistic possibility in Verne's time of that dream of flying to the Moon.

Verne Jules 20,000 Leagues Under the Sea

A beautiful gift edition of this timeless classic by Jules Verne, ench...

Verne Jules Around the World in 80 Days

A beautiful gift edition of this timeless classic by Jules Verne, enchantingly illustrated and told in its complete and unabridged form. Newly translated in a modern and unabridged edition, with a comprehensive glossary and afterword. Excellent production values including a padded cover, head and tail bands, a ribbon marker and stylish end-papers making this book an heirloom of the future. 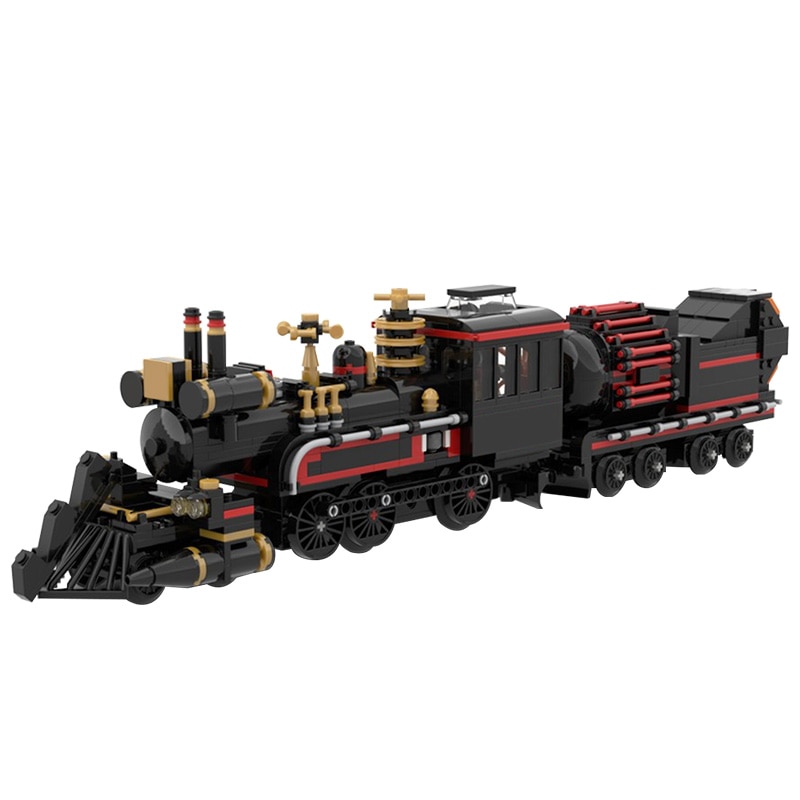 Jules Verne's 20,000 Leagues Under The Sea is not only a classic science fiction novel, it is also a thrilling adventure yarn. Professor Aronnax, his faithful servant Gonseil and Canadian harpooner Ned Land are held prisoners aboard the fantastic submarine, the Nautilus, by its enigmatic and charismatic commander, Captain Nemo: 'That terrible avenger, a perfect archangel of hatred.' And so begins a hazardous and eventful voyage which leads them from the lost city of Atlantis, to the South Pole, hunting in underwater forests and to an encounter with a ferocious giant squid. Published in 1870, the novel continues to fascinate and engage the reader, presenting as it does an incredible journey into a mysterious of excitement and danger! 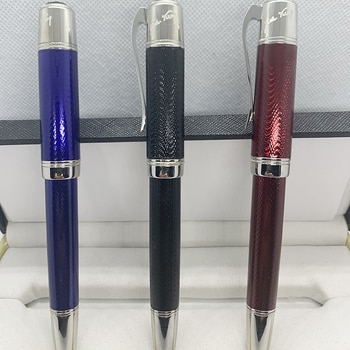 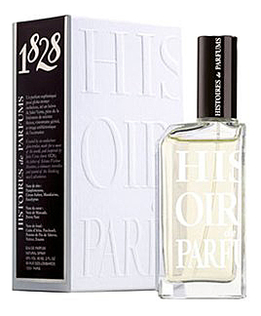 Verne Jules From the...

With an Introduction by Alex Dolby. Translation by W.H.G. Kingston. Ju...

With an Introduction by Alex Dolby. Translation by W.H.G. Kingston. Jules Verne (1828-1905) is internationally famous as the author of a distinctive series of adventure stories describing new travel technologies which opened up the world and provided means to escape from it. The collective enthusiasm of generations of readers of his 'extraordinary voyages' was a key factor in the rise of modern science fiction. In The Mysterious Island a group of men escape imprisonment during the American Civil War by stealing a balloon. Blown across the world, they are air-wrecked on a remote desert island. In a manner reminiscent of Robinson Crusoe, the men apply their scientific knowledge and technical skill to exploit the island's bountiful resources, eventually constructing a sophisticated society in miniature. The book is also an intriguing mystery story, for the island has a secret.

oin Captain Nemo and the Nautilus as they journey into the deep in Jul...

oin Captain Nemo and the Nautilus as they journey into the deep in Jules Vernes classic science fiction tale. In an age that has seen the wildest speculations of science become reality, Jules Verne is regarded as both a technological prophet and one of the most exciting masters of imagination the world has ever known. Of all his novels, none is more compelling and thrilling than 20,000 Leagues Under the Sea. This extraordinary voyage into the depths of the unknown aboard the legendary submarine Nautilus--commanded by the brilliant, tragic Captain Nemo--explores both the limitless possibilities of science and the twisted labyrinth of the human mind. The novel stands as science fiction raised to the level of literature and remains a vivid expression of a new era of technological advancement and humanitys place within that world. Translated and with a Foreword by Mendor T. Brunetti Includes an Introduction by Stephen Baxter and an Afterword by Walter James Miller

Verne Jules Around the World in Eighty Days & Five Weeks

Jules Verne (1828-1905) possessed that rare storyteller`s gift of being able to present the far-fetched and the downright unbelievable in such a way as effortlessly to inspire his reader`s allegiance and trust. This volume contains two of his best-loved yarns, chosen from among the sixty-four titles of "Les Voyages extraordinaires", Verne`s pioneering contribution to the canon of modern Science Fiction. "Around the World in Eighty Days" (1873) relates the hair-raising journey made as a wager by the Victorian gentleman Phileas Fogg, who succeeds - but only just! - in circling the globe within eighty days. The dour Fogg`s obsession with his timetable is complemented by the dynamism and versatility of his French manservant, Passepartout, whose talent for getting into scrapes brings colour and suspense to the race against time. "Five Weeks in a Ballaon" (1863) was Verne`s first novel. It documents an apocryphal jaunt across the continent of Africa in a hydrogen balloon designed by the omniscient, imperturbable and ever capable Dr Fergusson, the prototype of the Vernian cerebral adventurer. Издание на английском языке. 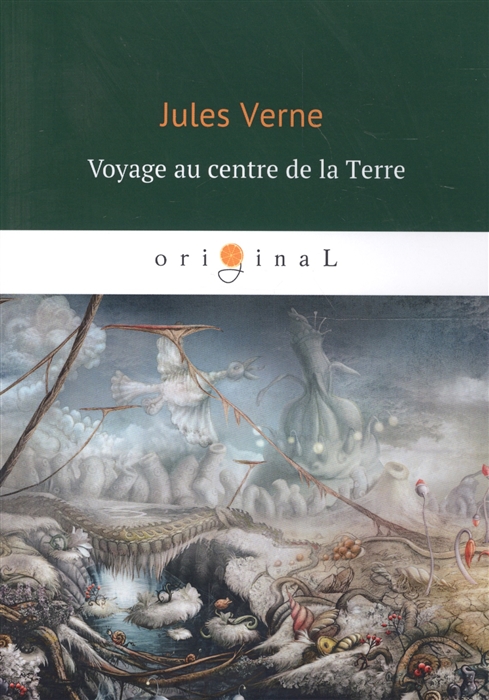 This series provides a wide variety of enjoyable reading material for...

Verne Jules Around the World in Eighty Days

This series provides a wide variety of enjoyable reading material for all learners of English. Macmillan Readers are retold versions of popular classic and contemporary titles as well as specially written stories, published at six levels. 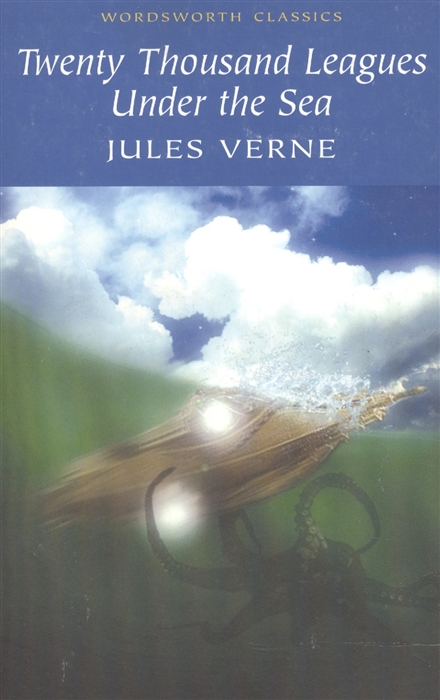 The father of science fiction, Jules Verne, invites you to join the in...

Verne Jules Journey to the Centre of the Earth

The father of science fiction, Jules Verne, invites you to join the intrepid and eccentric Professor Liedenbrock and his companions on a thrilling and dramatic expedition as they travel down a secret tunnel in a volcano in Iceland on a journey which will lead them to the centre of the earth. Along the way they encounter various hazards and witness many incredible sights such as the underground forest, illuminated by electricity, the Great Geyser, the battle between prehistoric monsters, the strange whispering gallery, giant insects and the vast subterranean sea with its ferocious whirlpool. Although published in the nineteenth century, Journey to the Centre of the Earth has lost none of its power and potency to excite and engage the modern reader. The novel has been filmed many times, but nothing can compare with the thrills and excitement generated by the written narrative. It is supreme escapist entertainment for all ages.

LEVEL 4, teacher's book The Teacher's Book consists of three sections: Section A is the reader itself. This is a classic story carefully adapted to suit the needs of learners of English at Intermediate level. A large number of full-colour illustrations facilitate understanding. Section В is the Activity Book, containing a variety of tasks on each chapter, exercises on the whole story and a glossary. The key is overprinted. Section С includes Teacher's notes, three Revision Tests and key.

An American frigate, tracking down a ship-sinking monster, faces not a...

An American frigate, tracking down a ship-sinking monster, faces not a living creature but an incredible invention - a fantastic submarine commanded by the mysterious Captain Nemo. Suddenly a devastating explosion leaves just three survivors, who find themselves prisoners inside Nemo's death ship on an underwater odyssey around the world from the pearl-laden waters of Ceylon to the icy dangers of the South Pole... as Captain Nemo, one of the greatest villians ever created, takes his revenge on all society.

Science and adventure are electrifying accomplices in Jules Verne’s cl...

Science and adventure are electrifying accomplices in Jules Verne’s classic Twenty Thousand Leagues Under the Sea. This epic and enduring tale anticipates not just wonders such as electric light and submarine navigation, but the obsession with technology and travel that today so shapes our lives. It is Verne’s inspired foresight, combined with his extraordinary talent for storytelling, that continue to make this novel such a compelling read. The excitement this adventure caused around the world when it was first published 150 years ago can still be very easily imagined indeed in the 21st century.